This article is about identifying allergies, removing the causes where possible and helping your body to cope and heal from the effects of allergies.

Regain your health and energy
. 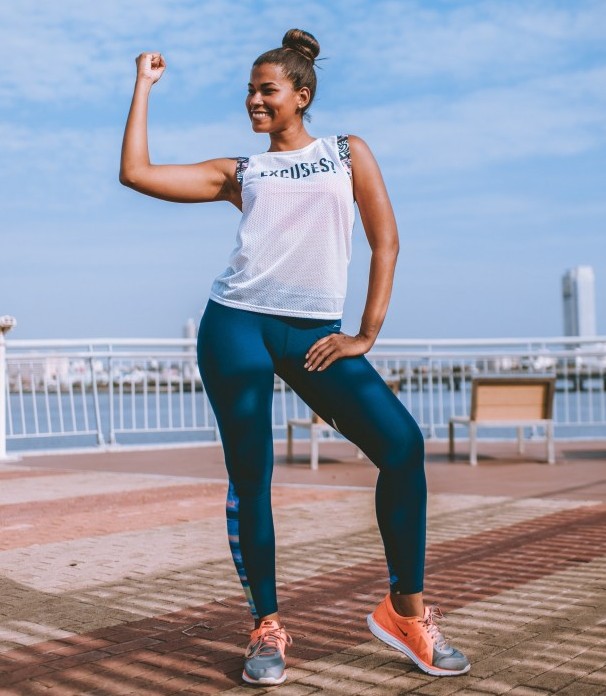 The allergic extreme reactions are

– anaphylactic shock. The body reacts severely to the allergen and death follows unless either medical treatment is given or self administered by use of an epipen. Medical help must be obtained as soon as possible and the sufferer monitored for a least 24 hours by a medical professional should a relapse into a shock state happen again.

– asthma. This is caused by the shriveling/contraction of the aveoli in the lungs and this restricts the lung capacity to oxygenate the blood. This loss of lung function is made worse when the sufferer is dehydrated which acts to reduce the lung function – more on this later. Severe cases cause death and medical assistance should be sought immediately.

– mental health issues. Allergies cause mental health issues from depression to ADHD, manic behavior, bipolar disorder, schizophrenia and cognitive illness – dementia and Alzheimer. The brain is no longer functioning properly due to the effects of the allergic reaction and mental health problems are the result. Heavy metals [ aluminum and mercury], alcohol, food coloring, side effects of prescribed drugs and allergy causing foods are but a few of the causes of mental ill health due to allergic reactions to these toxic substances.

Some of the less extreme allergic reactions Are :

– stomach and gut problems including indigestion to celiacs disease

– unable to concentrate and think clearly

There are other symptoms. Often these are incorrectly diagnosed as mental health issues and the symptoms are suppressed by prescribed drugs, however this does not effect a cure and often the side effects of legally prescribed drugs are awful over the long term and they lose effectiveness as the body adjusts to them

Identification of the causes and thus source of one or more allergic substances [ allergen] is a key process towards reclaiming your health and energy.

The substances to be considered are :

This is not a complete list of causes of allergies. In the bibliography there will be references to further information sources.

ADHD, hyperactivity, learning problems and neurological dysfunction can also be a result of allergic reactions.

Sugar toxicity is also a cause of some reactions. The consumption of too much sugar results in obesity and toxic levels of glucose in the blood and liver. This damages the body, including the brain and pancreas functions. The consumption of artificial chemical sweeteners also causes a toxic reaction. The people handling these artificial sweeteners in production environments suffered from serious illness due to prolonged exposure the product.

The common method is skin tests of substances thought to be causing an allergic reaction. This medical procedure indicates an allergy if the skin reacts to the substance by displaying inflammation and or swelling.

This elimination diet is sometimes called an Oligoantigenic Diet.

One of the most effective methods and best of all it is free – you can do it yourself – is following an exclusion or elimination diet. This is the process of moving to a diet of eating only foods that is known to be non-allergenic. Keep a food diary and eliminate the known allergens – diary, wheat, nuts, eggs, food additives and coloring, gluten and corn. Record what you eat and how you feel. One day is not enough – do this for at least thirty days to give body a chance to detox and recover.

Eat food that is free of the known allergens by following a simple breakfast, lunch and dinner menu for the 30 days. A simple diet includes one meat, one carbohydrate, one fruit, one vegetable, water and vitamin
supplements.

Foods that are usually hypoallergenic include lamb (and most meats except chicken and veal), vegetables like

broccoli, cauliflower and Brussels sprouts, carrots, peas, olive or sunflower oil, white potatoes or rice, and a few fruits like apples, bananas or pears. Buckwheat is a seed and you can use buckwheat flour as a substitute for white flour from wheat.

You will lose weight on this regime plus take 4 vitamin B complex B100 capsules to combat the withdrawal symptoms from sugar and simple carbohydrates such as white flour and corn starch ( corn sugar).

Make sure you are well hydrated by drinking a minimum of six glasses of water per day. This will restore health and help detox.

Its important to stick with this process and keep a food diary so that you can be certain about what you eat especially if you decide after a month to include one of the foods you excluded initially. For example, you decide to try a small amounts of cheese and you can document what effect this has accurately in your diary. This takes discipline and commitment however the end results is good health and energy plus it is free . 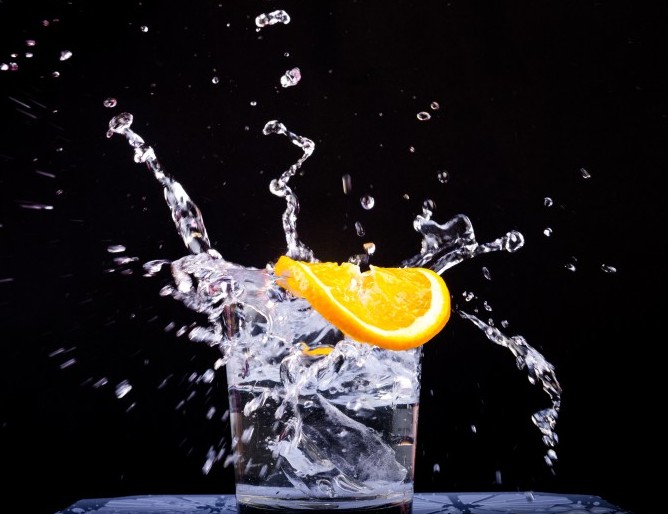 Get a water filter for your dwelling to eliminate as many chemicals from your water as possible. Chlorine is one of the most common chemicals added to water to kill bacteria. The claim is made that once it has been activated by adding it to water then it is safe – oh really. Why does it sting your eyes and tastes awful? Its still an active chemical which is toxic and you do not want in your body.

Get the best filter you can afford to clean your drinking water of both chemicals and heavy metals.

Drink at least 6 to eight glasses of water per day. A minimum of two glasses before breakfast, lunch and dinner plus two others. Tea, coffee and soda do not hydrate your body – they diuretics and cause you to lose more liquid than you take in and you will become progressively more and more dehydrated and tired. You have a cup of coffee and get short caffeine boost but after a short time you energy lags and fatigue sets in because you are so dehydrated.

– fight bacteria and infections – your immune system will not function well

– will not eliminate waste and toxins properly.

Dehydration causes breathing issues, constipation, heart arrhythmia, joint pain and arthritis and so many other unnecessary health problems.
Dehydration is one of the causes of asthma – the lungs do not function well because the body regulates the water shortage by protecting the lungs with a layer of mucus to prevent the aveoli from drying out and thus being permanently damaged. This impedes the breathing process and causes wheezing and shortness of breath. Gives asthma sufferers water asap to help relieve the symptoms.

Drink six to eight glasses of clean filtered water per day and recover your health. Go to this page to learn more about how dangerous dehydration is and yet how easy it is to avoid.

You may be having allergy symptoms because you are dehydrated and thus unwell. Be properly hydrated to eliminate dehydration as a possible cause of fatigue and being unable to think coherently. 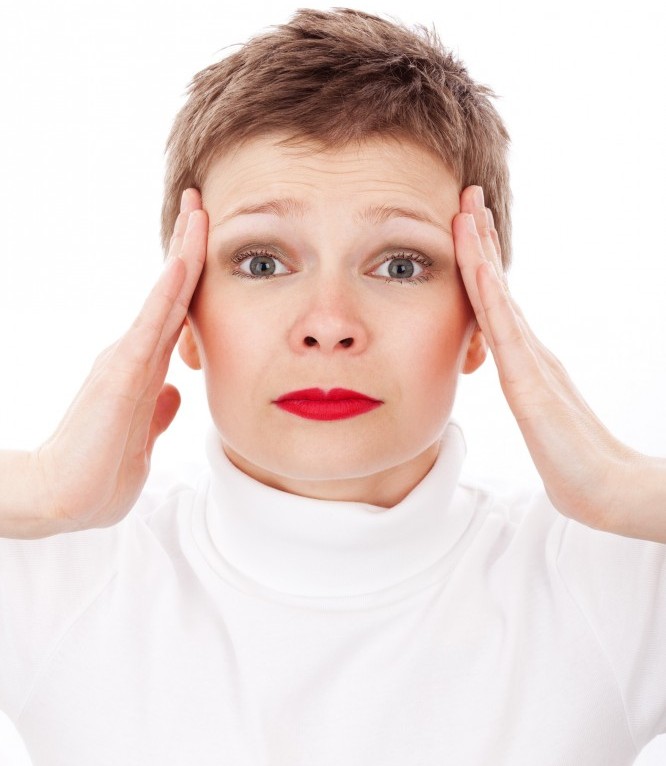 These allergies are so potent that they cause chemical imbalance in the brain and manifest as mental illness ranging from depression, ADHD, Obsessive Compulsions to bi-polar, and to schizophrenia.

A Canadian doctor, Abram Hoffer M.D., PhD., specialized in psychiatry and found whilst treating patients with mental illnesses that allergies were the cause. His most memorable early cases were :

Dr. Hoffer then went onto cure many mentally ill patients and used the initial fasting plus the follow-up food elimination diet protocol. He also used vitamins and trace elements due to his knowledge of the disease pellagra and treating alcoholics.

Your body needs the b complex group of vitamins to function properly and in particular vitamin B3. Vitamin B3 is critical for the process of repairing and replacing cells.

A deficit of the B complex vitamins causes skin problems, fatigue and muddled thinking – this ranges from difficultly in undertaking normal tasks at home and at work to a dementia type mental state of forgetfulness and confusion. It is very important to supplement with B complex to eliminate a vitamin B deficit as the cause of ill-health.

Unlike most mammals we cannot make vitamin C and must get it through our nutrition. Most diets do not include enough vitamin C and supplementation is necessary to remain well or recover health.

If a person is unwell then supplementation with vitamin C is critical if health is to be regained. When unwell a person needs greater amounts of vitamin C to heal and return to good health – this will not happen by means of food intake alone and supplementation is essential.

The recommended minimum intake of vitamin C per day for a healthy person is three 1000mg capsules spread over the day. For an unwell person vitamin C should be taken each day up to bowel tolerance level. This is the intake at which gas is experienced or a loose stool – this is called bowel tolerance level. If this level is reached reduce the vitamin C intake so that this effect goes away.

It is essential for your body’s immune system to function properly and to remain healthy.

Our body can create vitamin D however you must spend enough time in sunlight for this to happen. During winter and spring this is a real problem. Vitamin D is essential for good health however most people are in a deficit state.

A deficit of vitamin D causes loss of bone mass and depression. For allergies, it :

Take at least 400 IU per day and if you have no exposure to sunlight take two 400 IU capsules per day.

The medical authorities recommend this vitamin for people over 50 to maintain bone mass and avoid fractures – it keeps you happy as well!

This a key trace element for all of your cells and its is especially important for your brain and nervous system to function properly. Supplement with up to 200 mg twice daily. Use the magnesium orotate form which is more readily metabolized by your body.

This is an essential trace element for good health. Many soils are deficient in selenium and many people do not get sufficient in their food intake.

For further reading I recommend The Vitamin Cure For Allergies by D. Downing M.D. , PhD. and Orthomolecular Treatment For Schizophrenia by Abram Hoffer M.D.

Both of these publications are great guides for the effects and treatment of allergies plus have excellent references to further sources of information.

This website contains a wealth of information about natural healing including clinical notes and the Journal OF Orthomolecular Medicine. A Great resource for research into the natural healing of disease.